Football is without question a violent game. Its a sport predicated on speed, strength and impact played by men of elite athletic prowess.

For those reasons alone, its surprising and ultimately refreshing to see that the Seahawks are using a completely different motivator than has ever been used in any professional sport that I'm aware of. The Seahawks are branding themselves with an emotion seldom to never affiliated with the daily rigors of an NFL team.


Going back in the season to when this team was 3-3, if you've listened to any of the team leaders speaking in the press, you might have noticed this theme making its way to the surface.


The Seahawks were .500 and in desperate need of a kick in the ass if they had any shot at defending their title. How can you motivate a group of young millionaires, who have already achieved more in their line of work than others can only dream of?  What is left to strive for when most of the team has already inked lucrative, long term contracts and most everyone already has a ring?


To put it simply:  LOVE


"We finished with style. We had fun.  We're connected-- and that shows you how powerful love is."  Earl Thomas said after the Seahawks beat the 49ers in Santa Clara. "I think friction caused this blossom of love to happen."

Some of you thicker-skinned, manly sports fans might be scratching your heads right now-- wondering how an emotion that is more closely associated with weakness, be giving this team strength. Let Earl finish:

"You can tell guys are buying in. Guys are playing for each other.  That's so powerful, bruh.  It's hard to beat a united team."

It makes sense.  When personal accolades, fame, money and all the spoils that come with being world champions are shoved to the backseat and you play only for the love of the game and the love of your teammates-- you're free.  You play with passion. You play with heart.  You feed off each other and your collective confidence skyrockets.

It reminds me of a quote I've seen floating around the internet-- “Having a soft heart in a cruel world is courage, not weakness.”  To even use the word 'love' in reference to football takes a certain amount of bravery. The evidence of the effectiveness of this mantra has been evident ever since we first heard about the meeting the Seahawks players had to address the issue in November.

The bottom line is, it's working.  Not only that, but it's a terrific message to project, particularly in light of recent world events.  Love and unity makes us stronger.

When you think about the remaining 4 teams in the NFL playoffs, the Seahawks stand out as being the one team remaining that isn't built upon the talents of a specific individual. The Patriots, despite their outstanding coach and a handful of other talented skill players, are basically reliant on the health of Tom Brady.  The Packers would be absolutely nothing without Aaron Rodgers.  We saw what happened to the Colts in the season between two first-overall draft picks.

The Seahawks are bigger than that.  They are truly the sum of their parts-- from the players, to the staff and the fans. If you have any fears or doubts about the Seahawks chances of repeating, this picture sums up my feelings perfectly. 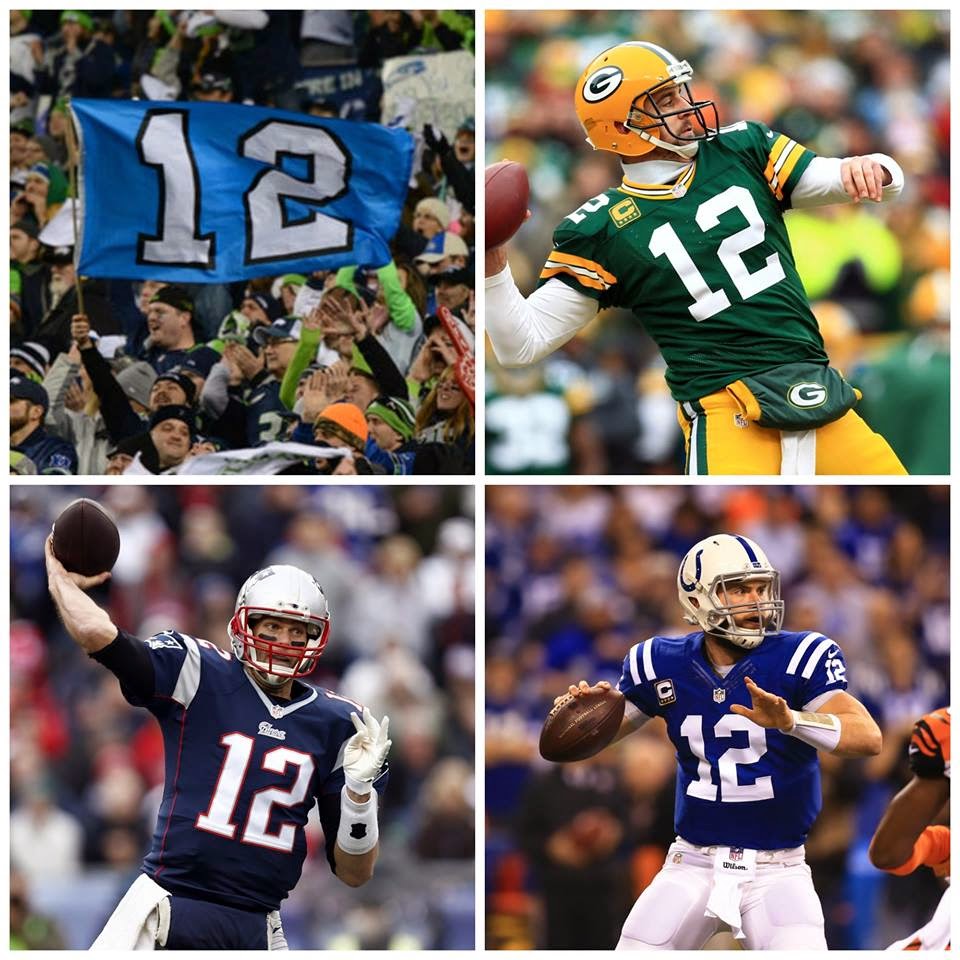 Posted by Chris Collier at 2:10 PM