8 new players were added through the draft along with 12 more players signed as undrafted free agents.


The Seahawks did an excellent job addressing every need they had coming into this years draft.  They added a receiver that can contribute in the return game, they replenished their Legion of Boom depth, bolstered their defensive line and added potential starters to the offensive line. 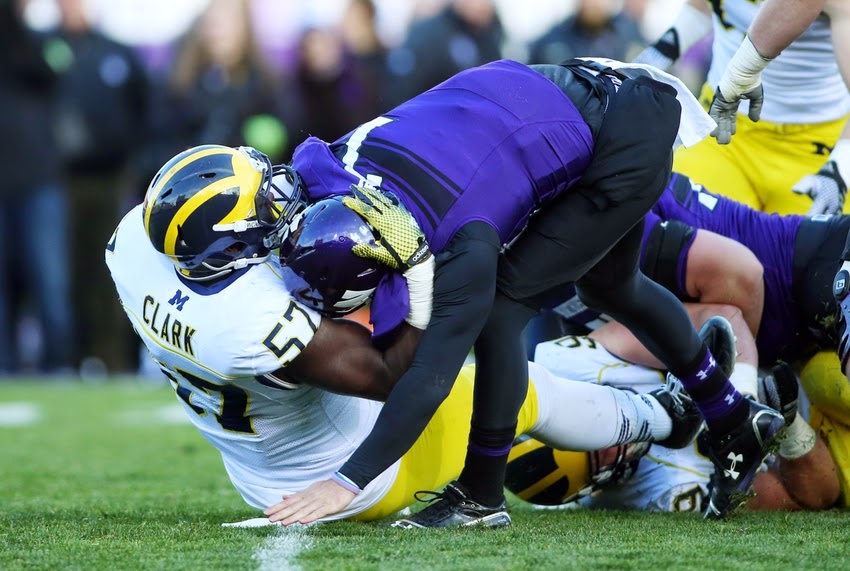 I was somewhat shocked that they didn't add a center to their roster this weekend.  Given the team's pursuit of Stefen Wisniewski, who eventually signed with Gus Bradley's Jaguars, I was under the impression that the Seahawks administration wasn't entirely sold on their current group of centers.

Let's take a look at each area of concern and how Seattle addressed it:

Offensive Line:  Seattle lost James Carpenter to free agency and Max Unger in the Jimmy Graham trade. Depth along the offensive front was a major concern at the end of last season and into the playoffs. The Seahawks used both of their 4th round selections to acquire interior linemen.  Terry Poole, a former Basketball player turned offensive tackle, was selected with the 130th pick overall by Seattle. Just four picks later, Seattle selected West Virginia Guard, Mark Glowinski, who may very well fill the vacancy Carpenter left.

They continued to add depth to this position group after the draft by signing undrafted free agents. Jesse Davis from Idaho, not unlike JR Sweezy, is a converted defensive lineman that now plays on the offensive front. They also added former Texas long snapper and US Army Green Beret, Nate Boyer. Boyer is undersized at 5'11" and long in the tooth at age 34, but it would be a heart-warming story to see him find a spot on our team.

Offensive Weapons and Return Specialists:  Seattle managed to make it one play from winning back to back Super Bowls despite having no semblance of a return game after trading away Percy Harvin in the first quarter of the season. Their receiving group was dangerously thin and they couldn't find anyone that could provide more than a fair catch in the return game.  This problem was addressed marvelously with Seattle's second pick as they traded up to nab K-State prodigy, Tyler Lockett. This is precisely the explosive playmaker Seattle has been longing for. Watch this highlight film below for a taste of what Lockett is capable of on offense as well as the return game.


Additionally, the Seahawks added undrafted free agents Rod Smith, Thomas Rawls and Austin Hill who are hoping to contribute offensively. Among that group you might just find the next Doug Baldwin or Jermaine Kearse.

Defensive  Front: Brandon Mebane's absence from the second half of the season was painful. The Seahawks have shown in recent seasons that they are able to pull veterans from the scrap heap and get great production from them-- think Tony McDaniel.  Seattle added a few veterans to the line in free agency but that didn't mean they should ignore that position group in the draft.  They need to be continually building for the future.

Seattle got defensive right off the bat with their first pick in this draft.  Frank Clark, a defensive end out of Michigan with a troubled past, possesses first round talent at a position of need.  Due to his past run ins with the law, including an arrest for domestic violence and a felony count of second-degree home invasion, Clark's draft stock plummeted, making him available for the Seahawks to grab at the bottom of the second round. Clark might be groomed to eventually replace Bruce Irvin or Cliff Avril, but could certainly make an impact as a rookie.

The Seahawks scooped up two additional defensive linemen with both of their 6th round picks-- Obum Gwacham from Oregon State and Kristjan Sokoli from Buffalo. Gwacham, who converted from receiver in 2014, was a triple-jumper with the Beavers track team but will likely be a developmental player.  The Albanian-born Sokoli is big and athletic for a nose guard and could be used similarly to Michael Bennett.

Secondary Depth: Byron Maxwell will be missed, but the production from our secondary shouldn't falter. Seattle added Carey Williams through free agency but with Jeremy Lane in the middle of a long recovery, the Seahawks had to acquire depth from this year's draft.
I'm interested to see how Pete Carroll develops Seattle's final pick in the draft, Ryan Murphy. At 6'3", he certainly has the stature of a Legion of Boom'er, and he can play safety as well as corner.Both Murphy and Tye Smith, the Seahawks fifth round selection, could use a few extra pounds if they expect to make this team and withstand 16 physically intense games.

Seahawks fans should be satisfied with the 2015 draft class. It feels like Pete and John have more than enough pieces to the puzzle and they certainly have earned our trust in their process at this point. The exciting part is watching them put it all together over the next few months.
Posted by Chris Collier at 7:43 PM