After the game, Trent Dilfer referred to Seahawks quarterback Russell Wilson as 'Magical'. He's been constantly referred to as 'special', 'gifted' and 'unique' by all factions of the media. Lots of creative adjectives have been used in an attempt to describe the play of number three, but there is one word constantly left off that list.

After last night's performance, wherein Wilson set the record for most rushing yards by a quarterback on Monday Night Football, you're going to have a difficult time accurately describing the game without that word.

Russell was simply spectacular last night.  He threw for 201 yards with a pair of touchdowns while rushing for 122 yards and adding another TD with his feet. Seattle's offense played unusually sloppy while the officials appeared to be on loan from the PAC12.

Percy Harvin had not one, not two, but THREE touchdowns called back due to penalties.  Seattle's Pro Bowl linemen, Max Unger and Russell Okung, were spotlighted all night and not because of their usual dominance at the line of scrimmage. False starts and holding penalties plagued the Seahawks all game. Unger left temporarily with an injury but returned to finish out the game.

Richard Sherman exchanged pleasantries with Washington receiver, Pierre Garcon  throughout the match. He said to reporters after the game, "Pierre doesn't matter in this league." When asked to clarify his statement, Sherman added "I mean exactly what I said."

Normally, this would be filed under Richard-being-Richard, but I think the Seahawks defense needed this.  Despite solid play through the first 5 weeks, they do seem to be a little Swag-deficient. 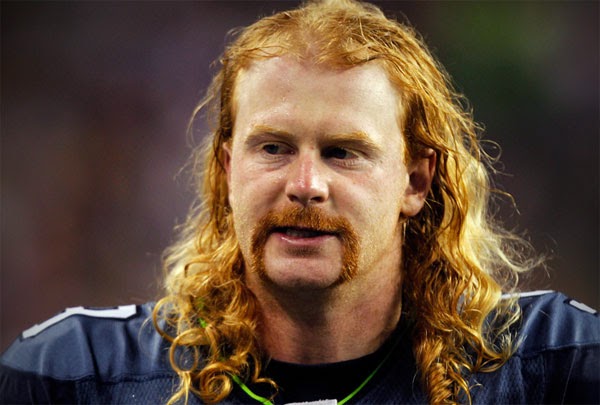 The play of the night for most people would likely be the miraculous, direction-changing scramble by Wilson where he floated a ball to Marshawn Lynch for a victory-solidifying first down. That was a spectacular play, but you got to save a game ball for Seahawks punter, Jon Ryan. Not only did Ryan continuously pin Washington back in their own territory, he had an electrifying fake field goal run that kept the Seahawks late drive alive.

Seattle returns home on the short week to take on the seemingly red hot Dallas Cowboys.  I, for one, am not the least bit sold on the Cowboys this season.  The Seahawks will have their way with them at CenturyLink, putting an end to DeMarco Murray's streak of 100yard rushing games and sending the Cowboys promptly back on track to the 8-8ish record they always own.

I know its really early, but I wanted to put this out there.  Despite the suspensions of Ray Rice and Adrian Peterson and the injuries to Jamal Charles and Arian Foster early on, I'm still not confident that Marshawn Lynch will capture the rushing title this season-- simply based on how he's used in this system.

BUT-- Mark my words -- Lynch will be in the consideration for league MVP when all is said and done.
Posted by Chris Collier at 9:30 AM