The Seahawks completed their sweep of the division rival Cardinals last night with a display of pure dominance in all phases of the game.  As unbalanced as the final score looks, it doesn't even begin to tell the story of what happened on the field when the Seahawks secured control of their destiny in locking up the NFC's #1 seed.

Top to bottom, the Seahawks roster played at a Championship level. It all begins and ends with the quarterback, Russell Wilson. His statistical numbers may never earn him the recognition he deserves, but one needs only to watch him in action to see that this guy is more than worthy of MVP consideration.

Wilson threw for 339 yards and two touchdowns while rushing for an additional 88 yards and another touchdown. He simply made the Cardinals top ranked defense look foolish all night long.

Marshawn Lynch missed the opening of the game with an upset stomach, but he returned in time to put up

While everyone acknowledges the greatness of the run, what's not getting its due praise is the down field blocking efforts of Ricardo Lockette.  Lockette, who has made tremendous strides as a depth receiver and a special teams standout this season, sprang several key blocks for Lynch on the way to the endzone on that phenomenal play.
113 yards, two touchdowns and one of the most incredible plays from scrimmage anyone has ever seen.  In what's being dubbed 'Beastquake 2.0', Lynch smashes his way past a bevy of Cardinals defenders en route to a 79-yard touchdown run.

Lynch's fantastic performance was supplemented by an additional 66 yards on the ground from his stablemates Christine Michael and Robert Turbin. 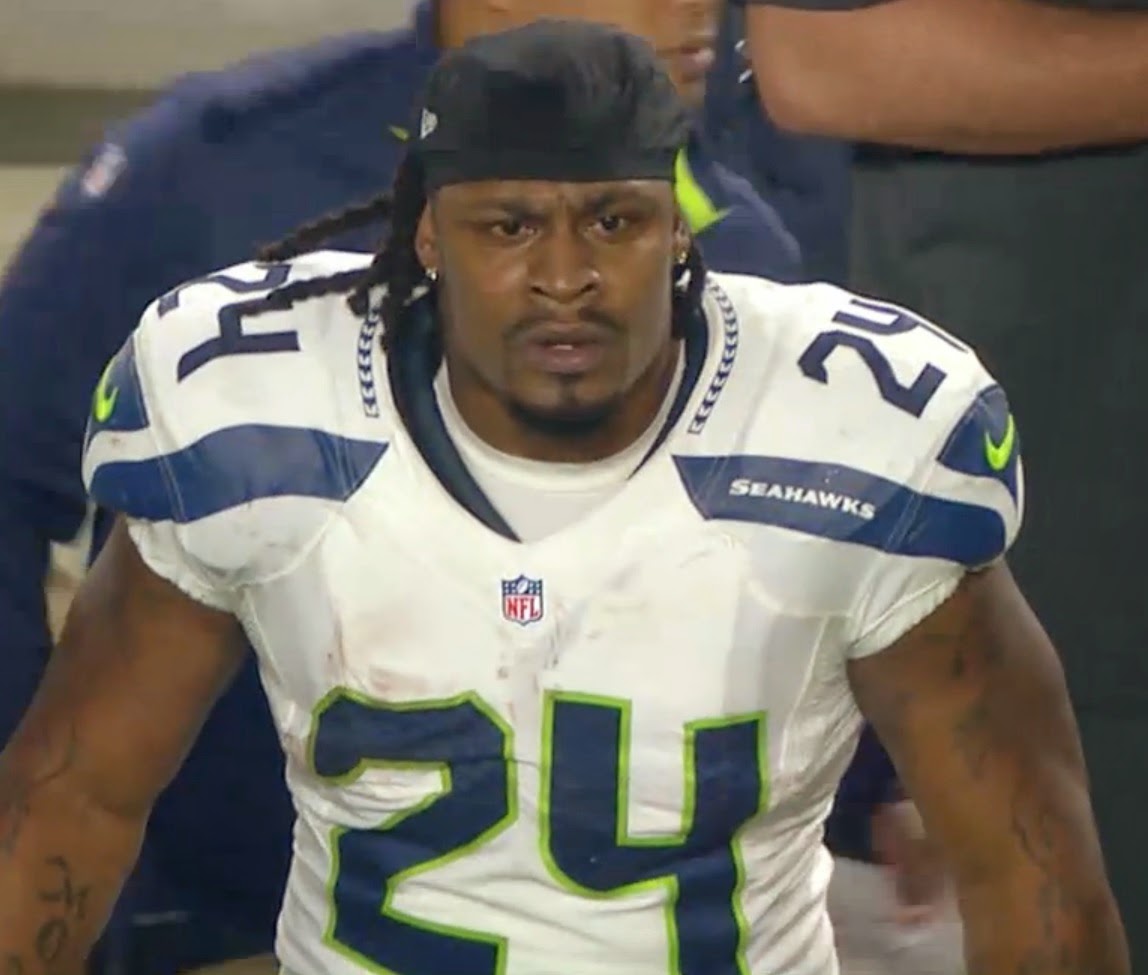 If you weren't going to give Wilson or Lynch the offensive MVP of this game, you'd have to give that credit to Seahawks tight end, Luke Willson, who had the performance of his young career last night.  Willson finished the night with 3 receptions for 139 yards and a pair of scores.

Willson wasn't the only pass catcher that stepped up into a larger role yesterday.  Paul Richardson was superb, netting 5 grabs for 52 yards.  Doug Baldwin continued to prove he has what it takes to be this teams number one wide out. Baldwin had several key receptions and finished with 113 yards receiving.

The only puzzling part of the evening was Steven Hauschka's trio of missed field goals.  Considering how great he's been this season in particular (and the fact he was a close second in all-time field goal percentage going into this game) it was perplexing to see him miss three kicks indoors, even if they were from long range.

The question everyone needs to be asking themselves this morning is "How in the Hell are we supposed to stop Seattle's defense?"  Right now, the answer has to be "You can't, so don't bother trying."

If you had to describe this defensive unit in one word, it would almost have to be 'suffocating'.  They're number one in defensive points allowed and defensive yards allowed.  They held the Cardinals to a net 29 rushing yards, 187 passing yards and a measly 6 points.

With so many outstanding individual performances, you can't just single out one player. Richard Sherman had another interception and the Seahawks had sacks coming from Michael Bennett, Jordan Hill, David King and O'Brien Schofield.  Earl Thomas and Kam Chancellor were making plays all over the field and Bobby Wagner lead the team in tackles with 8.

Consistency has been key for these Seahawks, but the one consistency they could do with out is the disproportionate amount of penalties being called against the Seahawks versus those called on their opponents.  Sure, there were a lot of justifiable calls made, but there was more than a handful of ticky-tacky calls that could've been made against the opponent that were seemingly only applicable to the Seahawks.

Fortunately, while this drives us 12s absolutely insane, it never seems to get in the players heads.

Seattle will finish out the regular season at home against the Rams. The Seahawks could use another dominating performance to fuel their momentum heading into the playoffs. They must make sure they don't sleep on the Rams, however.  Honestly, the Rams scare me more than any of the teams we'll be facing in the playoffs because of their scrappy nature and unrecognized talent.

Listen to any of the players interviews of the past few weeks and you'll find a common theme in their comments-- these guys are all playing for each other.The front office continues to make sure that great effort is rewarded with long term contracts and most of these guys have already earned a ring.  While that can very easily lead to complacency, the Seahawks seemed to have found a way around that.  They're playing for their legacy.  They're playing for one another.  Just watch them on the sidelines-- they're playing for fun.

Christmas came early for the 12s this year.  Our Seahawks have guaranteed a playoff birth and are in control of their own fate when it comes to securing home-field advantage throughout the playoffs.  Given how well this team has played over the past 6 games, you have to feel good about that.
Posted by Chris Collier at 10:30 AM