As Russell Wilson took a knee on the final play of yesterday's game, the clock expired along with the 49ers playoff hopes-- and perhaps the Jim Harbaugh era in San Francisco, as well.

The first half of the game proved a gentle reminder that this 49er team has no shortage of talent and potential. San Francisco came out the gate playing much better than they did in Santa Clara on Thanksgiving, but Seattle got it together in the second half and stepped on their throats. 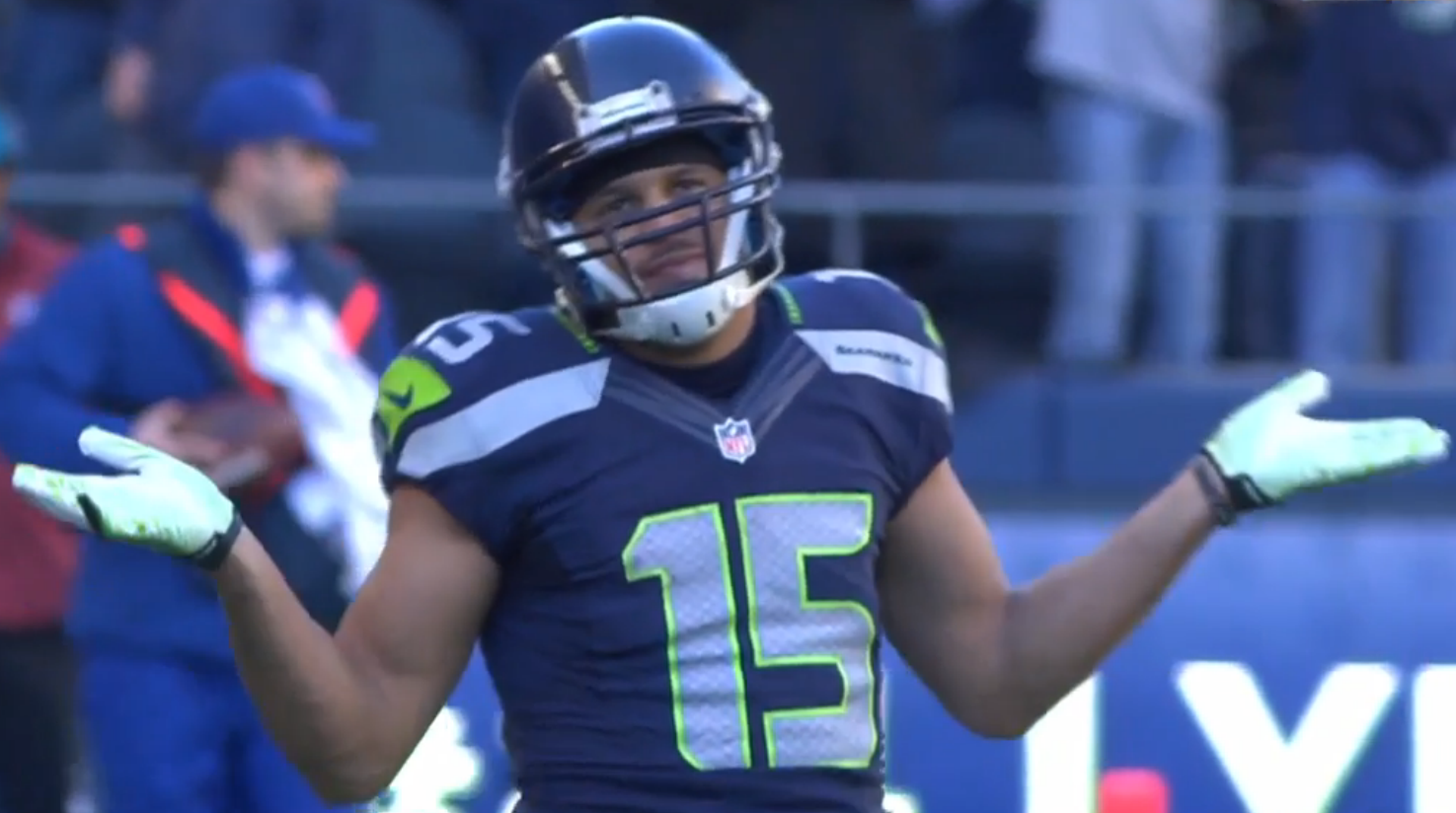 The Seahawks are showing the world that they are more than prepared to defend their world title.

The defense is elite and the offense is once again finding its rhythm. Rookie receiver, Paul Richardson, has emerged as a reliable third down target.

While they haven't really given Richardson any opportunities to showcase his remarkable speed, he has exhibited talents that remind me of former Seahawk Bobby Engram. Richardson caught his first NFL touchdown in the 4th quarter.

San Francisco, meanwhile, looks to be on the verge of implosion.  By the end of yesterday's game, the 49ers were down to their 3rd string running back-- and he was banged up. Besides a handful of explosive plays, Seattle smothered the 49ers offense, sacking Kaepernick six times and stifling the run game after halftime.

With the unexpected loss of Green Bay to the Buffalo Bills, Seattle is now comfortably in the driver's seat of their destiny. This coming Sunday's battle in the desert of Arizona will decide the champion of the NFC West, though both teams will likely make it to the playoffs.

Although its worth mentioning that Arizona has once again found themselves in quarterback trouble for Sunday, that's been the narrative all season for the Cardinals and it hasn't seemed to stop the team from winning games.

Seattle is in a great position to once again have the playoffs run through the CLink, but even if that's not the case, I'd take this team against anyone in the playoffs on any field. The Seahawks have proven that their formula works and this team is built sustainably.

However, looking ahead to next year, it's anybody's guess where our greatest competition will come from.  Harbaugh's inevitable departure will undoubtedly impact the Seahawks/Niners rivalry.  Harbaugh made San Francisco continually competitive and he is the kind of guy opponents love to hate. The worst thing that could possibly happen would be seeing Coach Holmgren pacing the 49ers sidelines next season.

Nevertheless, I fully expect the 49ers to take another step back in 2015. As I said at the end of last season, the window for them to win a championship with that team closed when they lost to the Ravens in the Super Bowl-- and that window was nailed shut with "The Tip".

The question of whether the Rams or the Cardinals will emerge as the next NFC West threat comes down entirely on who is able to find their franchise quarterback in the coming offseason. Both teams are expertly coached and have rosters chocked full of potential.  Both also have glaring holes behind center.

Would it surprise you to see either of these teams attempt to trade up in the draft to grab a Marcus Mariota or Dak Prescott? Unlike the Redskins with the RGIII trade, both the Rams and the Cardinals have the depth to risk trading away the resources needed to snag the Heisman winning quarterback-- but will they feel the reward outweighs the risk?

It's a scary thought to imagine Mariota taking the reigns for either Coach Fischer or Arians next season.  Still, barring an Eli Manning-move, he'll more than likely find him self on a rebuilding team like the Jets, Titans or Buccaneers.

But I digress-- we still have to play both of those teams this season before the title defense truly begins. Right now, the Seahawks are only focused on Arizona.  If they play their cards right-- and they play these Card's right -- this Sunday won't be the last time they play in Glendale this season.