The Seahawks season is officially over.

This is the second consecutive season where the Seahawks failed to reach the NFC Championship game. Once again, the Seahawks lacked the depth that was their calling card in their Super Bowl championship run and it killed them yet again in the playoffs.

The Falcons were indeed the better team yesterday.  Their top rated offense lived up to its billing and the defense played like their season depended on it-- because it did.

The Seahawks defense did not play poorly.  I won't throw any blame on them for this loss.

The difference was that the Falcon's offensive coordinator, Kyle Shanahan, drew up a game plan that played to their offense's strengths and minimized the strengths of the Seahawks defense.

Had Darrell Bevell employed this logic earlier in the season, yesterday's game might have been held in Seattle.

Michael Bennett went off on a reporter after the game for this very reason.  When it was suggested that the defensive line wasn't getting pressure on the potential MVP Matt Ryan, Bennett reminded them that Ryan was simply getting the ball out of his hands as quickly as possible-- something Bevell should have considered as the Seahawks struggled with their offensive line all season long.

When things aren't going your way, you really only have two choices.  You can make excuses or you can make adjustments.  The Falcons played without their Pro Bowl cornerback, Desmond Trufant, but not a single mention was made of him on the broadcast.  Conversely, every time the Falcons made any sort of offensive progress, the broadcasters were always quick to note Earl Thomas' absence.

I sincerely believed that Seattle had the ability to beat Atlanta.  After that, I think they would've matched up much better against Green Bay at home or Dallas on the road.  I expected a rematch of Super Bowl 49 with a Seahawks team hungry for revenge and a regular season win at Foxborough under their belts.

But the reality is that former Carroll disciple Dan Quinn has put together a a well-rounded and highly talented team.  Another reality that might not be as easy to swallow is that the Seahawks past success has made them a bit too arrogant. 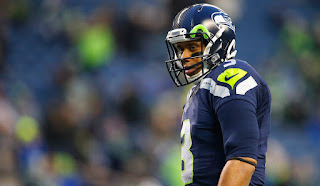 With the exception of George Fant starting at left tackle, who has been a pleasant surprise,  the Seahawks had the offensive line that they intended on using all season.  They did not play well for most of this season and they showed minimal improvement throughout the season.  This specific area of neglect had a huge role in the Seahawks missing the Super Bowl.

You can't replace a guy like Earl Thomas.  It's foolish to even suggest that you could. But you need to have sufficient depth in each position group to survive the attrition of the NFL season.  The Seahawks simply asked too much of half of their starters on both sides of the ball.

I thought for certain that Seattle would shut down Atlanta's run game and force Ryan to beat them with the deep ball. Seattle started the game great and it sure looked like they were in place to put the game away, but a series of bonehead plays soon forced them to play from behind and eventually collapse.

If not for the arrogance of the Falcons players during the game, I would be pulling for this team in the playoffs.  Dan Quinn is a great guy and a terrific coach.  The Seahawks have a lot to consider in the coming months, but that is for another post.

This was a difficult and unusual season that had it's share of great moments and crushing disappointment.  Seattle is in a fortunate position where they do not need to do much to remain the front runners for the NFC West next season, but there is a lot of work to do if they hope to win Super Bowl 52.
Posted by Chris Collier at 9:22 AM