What a splendid way to get the holiday season underway.  In a prime time game that held tremendous significance to both teams, the world bore witness to a Seahawks team that looked every bit the part of a legitimate playoff contender.

Chris Carson surpassed the 1,000 yard mark on the season in this game.  He was the first Seahawk to achieve this since Marshawn Lynch.  He punished would be tacklers all night long with stablemate Mike Davis as the Seahawks put up 200 plus yards on Kansas City. 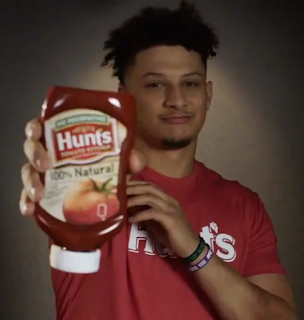 To everyone besides Cris Collinsworth and Al Michael, Russell Wilson out shined MVP favorite, Patrick Mahomes. Making plays with his feet, dropping dimes to Baldwin and Lockett, finding his
tight ends for touchdowns-- Wilson did it all.

Seattle's defense has been as fun to watch as they are nerve-wracking.  They're an energetic young unit with a high ceiling but not much experience.  They're just as likely to make a big play as they are to miss an assignment, it seems.

For the most part, Mahomes was held in check.  Akeem King did a marvelous job locking down the formidable Travis Kelce.  Flowers and Griffin kept tabs on the shifty Tyreek Hill.  Clark, Reed, Jordan and the gang applied consistent pressure on the young MVP prospect throughout the night.

The alarming stat was seeing Chiefs 4th string running back, Damien Williams, rush for over a hundred yards.  Now, that could be a byproduct of the Seahawks game plan, which seemed to be eliminating the big play threat, but it's still concerning.

Nevertheless, Seattle has clinched a playoff appearance despite the majority of analysis predicting a major setback this season.  Tremendous credit to Pete Carroll and John Schneider for pulling off 9 wins and a potential 10th while majorly overhauling the roster and replacing both offensive and defensive coordinators.

I can't imagine anyone wanting to face these Seahawks in the playoffs.  They've shown that they can hang with and beat some of the best teams in the league.  It's shaping up to look like Seattle will be heading to Dallas in the Wild Card round, which sounds great to me.

The final week of the regular season is this coming Sunday.  The Seahawks have already punched their ticket to the playoffs, so this game is a mere formality, really.  I hope anyone with a nagging injury gets the week off-- Fluker, Baldwin, MacDougald, and KJ Wright, unless he feels he needs the reps.

Let Bo Scarborough and McKissic handle running back duties.  Let Brett Hundley get in some live rounds. Have Joey Hunt take over for Britt.  Let's get some experience for the kids that need it and some well deserved rest for the guys that could use it.

I'm fired up for the playoffs.  To put it into a seasonal colloquial term-- I'm like a kid on Christmas!  Speaking of Christmas, enjoy this holiday song I made years ago when my band was still active.

Have a great holiday season and an even better playoff season!