Earl Thomas is a Liability

After holding out through the entire offseason program, Earl Thomas finally reported to Seahawks headquarters.

On paper, it seems a headline worth celebrating.  The reality isn't so rosy.

Earl's reporting to the team isn't indicative of some sort of resolution.  Thomas still doesn't want to be here.  The Seahawks aren't any more interested in signing him to a long-time deal today than they have been in the past few months.  There still doesn't appear to be a market or a willing trade partner for his services.

The only reason he reported is because he doesn't want to lose any more money.
By holding out all of the offseason, Earl Thomas has incurred over $1.3 million in fines-- all of which are levied at the team's discretion.  This means that the Seahawks can forgive or enforce these fines as they see fit.  I've heard that the team has decided not to enforce these fines now that he's reported, a decision I personally do not agree with.

Had Earl continued his holdout into the regular season, he would then be forfeiting game checks.  There is no way to recoup that money, which in Earl's case, is over half a million per game.

Ultimately, this suggests that the Seahawks 'won' this battle against Earl.  He's in no better bargaining position than he was when this holdout started.  In fact, his position is arguably worse. However, the Seahawks aren't in a much better position in spite of having their star safety back in the building.

For starters, they now have a disgruntled, cancerous personality in the locker room.  This is a locker room filled with young players and a team searching for a new identity.

“I worked my whole life for this,” Earl wrote. “I’ve never let me teammates, city or fans down as long as I’ve lived and don’t plan on starting this weekend. With that being said, the disrespect has been well noted and will not be forgotten. Father Time may have an undefeated record but best believe I plan on taking him into triple overtime when it comes to my career.”

That doesn't strike me as the thoughts of a player that will do all he can to help his team win. That sounds like a selfish player that is only looking out for themselves. He doesn't have any interest in helping the young players around him get better.

When Earl made the erroneous decision to chase Dallas Cowboys coach Jason Garrett down the back hallways of AT&T Stadium, he was essentially telling his teammates, Seahawks fans, and the entire world that he cares only about himself.

What exactly makes you think that he's not going to pull something similar when the Seahawks host the Cowboys for the home opener this season? 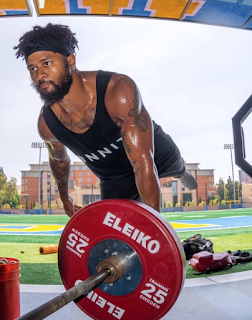 Just in case you can't discern my tone in this article-- I'm pissed off at Earl.  I'm angrier with Earl than I am with Richard Sherman, Michael Bennett or any other former Seahawk that now calls another city home-- and Earl is still on our team!

Number 29 is irrefutably one of the greatest players to ever put on a Seahawks uniform.  He changed the landscape of the franchise and helped bring home our first Lombardi trophy. I will never dispute his contributions to this team's success.

I'm angry because Earl is damaging his own legacy. Not only is he voluntarily ruining his legacy here in Seattle, but he's doing so to no benefit of his own-- or anyone, really.

I had begun preparing for a post-Earl Seahawks team ever since that incident in Dallas.  I was prepared to move on while holding tight the many fond memories of Earl's time here in Seattle. Just as I have with Sherman and Bennett, who will be donning opposing uniforms this season, and with players like Kam Chancellor and Cliff Avril, whose departures were unanticipated.

The selfish tantrums of Earl Thomas will not get him the long-term contract extension that is the supposed motivation for his behavior this offseason. I can't believe that is sincere.  If it were truly a long term extension with the Seattle Seahawks that he was after-- there are a million better ways to have gone about that.

Earl doesn't want to be here anymore.  And, you know what, that's totally fine with me.  He has every right to feel that way.

However, if he feels that way, I don't want him around. When this team inevitably faces adversity this season, I don't want Earl's selfishness on display.  I want guys like KJ Wright and Frank Clark, both of whom are in the exact same predicament as Earl in the final year of their deals, that are willing to put the work in and bet on themselves to lead by example.

I don't mean to suggest that Earl would stoop to espionage or otherwise half-ass it against his beloved Cowboys, but I've reached a point where I have accepted that this team is likely to experience a step backward defensively this season.  Maybe this team's future starting Free Safety isn't currently on the roster, but the interim replacement for Earl Thomas is.  I'd much rather get them reps and experience that could prove valuable down the stretch should the Seahawks find their way into the postseason, than trot out a disgruntled future hall-of-famer that might be more focused on his next employer more than his current one.

I don't believe that we're getting a final season of All Pro play from Earl. He will not be the guy that recklessly flies around the field, torpedoing into opponents twice his size.  Believe me, he'll be protecting his body, hoping his old film is enough to motivate his next team to pony up the dough for a rich, third contract.

So the Seahawk have to consider their next move.  Do you let Earl play out his contract, risking the development of your team and it's young players and be content with the 2020 3rd Round compensatory pick we'll likely get once he signs with a new team?

Or do you cut your losses, trade him to any team willing to pay at least a 3rd round selection? Or whatever Dallas is willing to pay, but after we face off in week three?

This could potentially be a defining moment for Pete Carroll and John Schneider.  I'm very curious to see how this plays out.  I just hope that, when all is said and done, my love of Earl Thomas isn't completely tarnished.
Posted by Chris Collier at 3:01 PM